Gusinje Foundation was established in 2006 in New York with the aim to help the hometown of Gusinje through various forms of assistance to improve living conditions. During the civil war in the nineties, there was a sudden deterioration of living conditions in the homeland which directly resulted in a migration out of Gusinje. These former residents, concerned about the deterioration of the town grouped together and formed the Gusinje Foundation in New York. Like any new organization in its initial period of operation, the Gusinje Foundation was accompanied by certain turbulent periods where certain people are not able to align their interests and vision in the scope of organization and then launched a strong media campaign against the leading people in the foundation and their subsequent charity work. The consequences of these events are being felt to this day, however hard work over the past year which has brought with it the positive results in the hometown and in the diaspora, have framed a clearer picture of the role of this organization and its goals and plans to improve our hometown and the lives of its residents and diaspora.

At this year’s celebration of the Jubilee of the formation of the Gusinje Foundation in New York, Anela Cekic (The first president of the newly formed municipality of Gusinje) attended  and had the opportunity to get to know first-hand about the organization’s charitable activities. During her speech to the guests, she illustrated her willingness to help the good hearted efforts of the Gusinje Foundation. During her visit Ms. Cekic gained a clear impression of not only of the work of the organization, but also its potential opportunities. “Dear President and members of the Gusinje Foundation, we greatly appreciate the investments made by the foundation. Besides the investments in the infrastructure and facilities, helping the ill and socially disadvantaged is also appreciated. By organizing events such as this one, we bring together people of good will from our community who show their patriotism towards their hometown and Montenegro by showing their wishes to see positive improvements. I invite everyone into a goodwill partnership where we will seek investment ideas to build Gusinje for the benefit of all citizens in Gusinje and Montenegro “-Said Ms. Cekic.

This message by the President of the Municipality of Gusinje was welcomed by the operating board of directors led by Refik Radoncic. The Gusinje Foundation has significant funds raised from its donors and members and intends to assist in projects and help the impoverished people in the homeland. In the past, when the municipalities failed to help the critical systems in the town, the foundation helped those people. The functional municipal government and serious cooperation between the municipality and the Gusinje Foundation in New York will lead to the realization of some projects for the impoverished homeland to the general satisfaction of the citizens Gusinja.

This site uses Akismet to reduce spam. Learn how your comment data is processed. 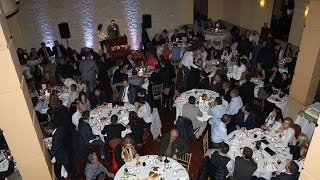 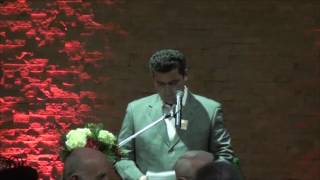 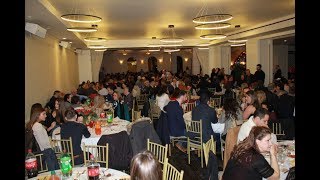